Most common reaction: ‘Is that even real?! I didn’t know we even had that!’

I am manning the reception at a hostel where I have been working for three weeks and remember to check the Diversity Visa Lottery website to see if I may have been one of the lucky 50,000 out of 13 million people that had applied for a green card, which is a 10-year permanent residency visa to the US. And I did. In my fifth year of applying.

You have a 0.4% chance of winning; that is, you’re more likely to get pregnant using a condom than to win this thing.

The US State Department runs a ballot system for 50,000 green cards to citizens of countries with ‘historically low rates of immigration to the United States’. That includes Australia, and the majority of countries in the world for that matter, but excludes any country that has a lot of their citizens already in the US, like Mexico, the UK, China, India, Canada, Brazil, etc. The main requirement is that you have 12 years of education. That’s it. It’s free to apply, all online and takes 20-30 minutes. The trickiest part is getting the dimensions right for your passport photo to upload.

I heard about the green card lottery from a friend in 2009 whilst I was doing a year-long study abroad in Guadalajara, Mexico. I thought, ‘I’ll never win that. What are the chances?’. Well, the average across the world is 1 in 250, however Australians have a 1 in 100 chance of winning. Why? Because in this ballot, the world is split up into regions, Australia’s being Oceania. Each region gets a specific quota of green cards. Because Oceania has the smallest population of the regions, compared to the number of entries, the number of green cards is quite high. 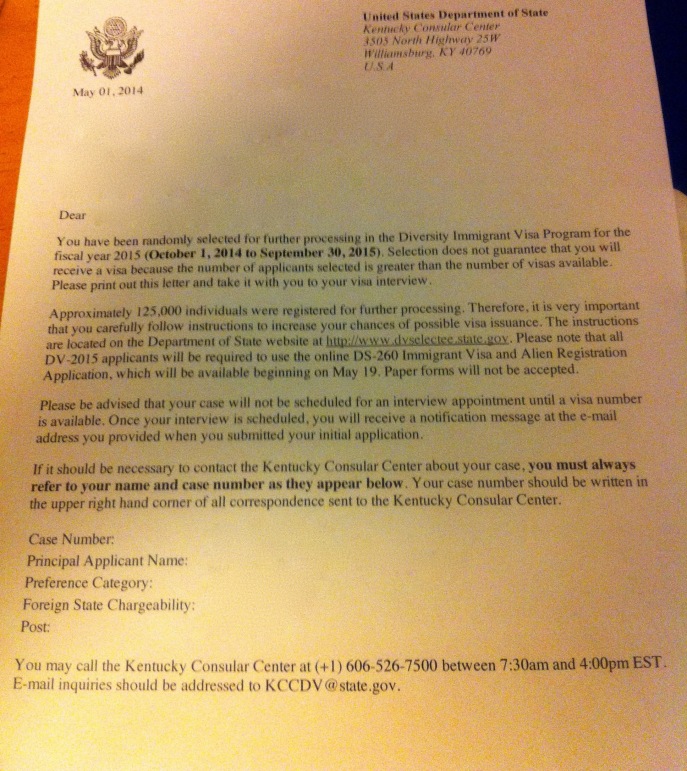 When I read it, my heart skipped a beat and I couldn’t do anything but jump. No one else was awake at the hostel yet. I started shaking. After a few minutes, one of my co-workers, Sam, sleepily stumbled down from the staff dorm, saw me, and I just told him to drop everything and hug me. He thought someone in my family had died.

I called my parents in Sydney to share the good news. I could sense their happiness, but also sadness in knowing their youngest would again be far from Australia for an extended period of time, especially as my older brother, Ben, was living on the other side of the world in Stockholm.

That night, I had already planned to go NightLife at the California Academy of Sciences in Golden Gate Park, a weekly 21+ event on Thursdays when adults can explore the center and the organizers set up interactive exhibitions based around a theme (and alcohol). Low and behold, that night the theme was ‘Jackpot: Feeling Lucky?’, with casino games and mathematical activities to explain the rules of probability. Coincidence or fate?

Now as it says in the letter, I was one of 125,000 people chosen for only 50,000 green cards. They oversubscribe (kind of like overbooking a flight) it because some people become ineligible for it, and some don’t even check they’ve won. It’s up to you to check from May 1, not for the State Department to contact you.

The way they order the applications is to give you a case number for your region. You can check the Visa Bulletin website to see which applications they invite to apply for at your nearest embassy or consulate each month. The reason they do this is they don’t want 125,000 people all applying for their green card in the first month of appointments, which is October.

My case number was below 300 for the Oceania region. I checked the Visa Bulletin website and saw that for the past few years they invited at least the first 300, if not 400, in Oceania to apply in October. I was doubly lucky because I was one of the first ones to get my green card in Australia for the 2015 program.

To summarize, my timeline went a little something like this:

October 1, 2013: submitted my entry in the ballot (entries are open for the month of October every year)

August 15, 2014: received the details for my visa appointment at the US Consulate in Sydney

November 4, 2014: underwent my medical tests (they were all booked up before my visa appointment, so I had to do it two weeks later)

November 13, 2014: received my immigrant visa by post (valid for one year)

January 19, 2015: entered US through LAX for the first time on my immigrant visa

February 12, 2015: received my physical green card in the post to my Austin, TX address, valid for ten years

To keep your green card, you need to live at least six of every twelve months here in the US for the next five years. Then you can apply for naturalization (citizenship). My plan is to do that so I can come and go as I please, and also give dual Australian and US citizenship to my (future) kids.

In the meantime, I’m partying in the USA. Thanks, Miley!