As my first four months in Austin come to an end, and after being asked more than 5,637 times how I ended up in this fantastic city in the middle of giant Texas, here are six reasons why I chose to call Austin home…

By some estimates, Austin has the third-highest proportion of LGBT residents in the whole country (5.3%). Whilst it lacks a clearly-defined gayborhood, it makes up for it in the number of gay sporting leagues (of which I have been involved in two, volleyball and basketball), gay nightlife and an absence of homophobia.

For people who love the sun and heat, Austin’s climate is great! It reaches 90°F/32°C a third of the year and the winters are relatively mild. It is also rain-free an average of 23 days a month. Having said that, I have never lived somewhere so so so incredibly humid. 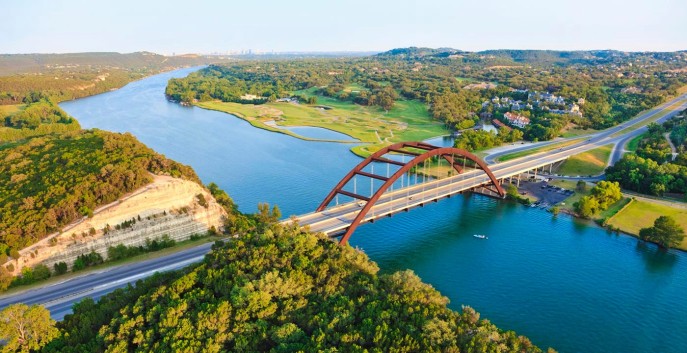 Austin caters really well to both meateaters and veggies. Almost every eatery has vegetarian, if not vegan, food.

My favorite dish that I have had here is the veggie BLT at Banger’s Sausage House & Beer Garden on Rainey Street, a sun-dried tomato sausage topped with shiitake mushroom bacon, lettuce and creamy mayo. Yummmmm! 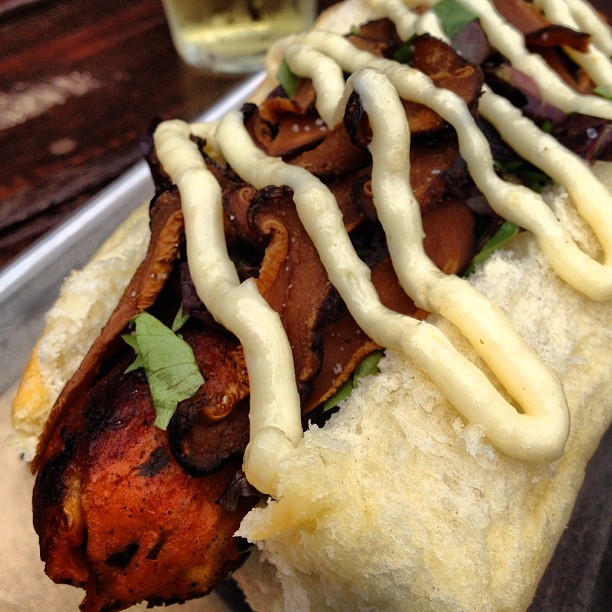 4. Cheaper than both coasts

Aussies tend to go to either California, New York and Boston. Austin is cheaper than all of them!

Rent in Austin is less than half that in San Francisco and your local purchasing power in Austin is more than a third higher than in New York. Plus, the weather’s waaaaay better here!

Whilst Austin is a very racially-segregated city, Hispanics make up over a third of the population. It is really nice to practise Spanish in restaurants and for products and aisle signs to be bilingual at the HEB supermarkets.

However, gentrification means that this town is becoming increasingly white and expensive. It is interesting to note that Austin is the only US city with a fast growth rate that has a shrinking African-American population.

The doomsayers said I would not be able to survive in Austin without a car. Wrong.

As long as you do not live far from the center, you can take advantage of the warm weather and bike lanes to get around. Plus, it’s better for you and better for the environment.

I have my own bike here, but also signed up to the B-Cycle bike-sharing program. For $80/year, you can pick up a bike from any of the bike stations around town, use it for 30 minutes and drop it off. I can count on one hand the number of times I have had to use Uber or Lyft because here because I am almost always on two wheels.

In case you are not convinced yet, here are five more reasons…

Austin abounds with natural beauty and is a lot greener than you would expect from stereotypical Texas. There are so many natural watering holes within an hour’s drive of the city, just like the spectacular Hamilton Pool below.

2. I did not know anyone

I wanted the challenge of starting anew where I did not know anyone. Whilst it did take me a good three months to get settled and actually feel happy here (keep an eye out for my upcoming ‘Three-Month Rule’ post), I have learnt a lot about how to get out there meeting people and establishing myself in a new city.

3. The University of Texas at Austin

UT is a public school with a great reputation.

In the US, after living in the state where you plan to study for at least a year prior to commencing your studies, you pay in-state tuition instead of out-of-state tuition. Contrary to popular belief, if you study at a public university as an in-state student, higher education costs in the US are actually quite comparable to those in Australia and the UK.

If in the future I wanted to return to university to do my masters here, it would cost me around $20,000 for the two-year program, which is definitely affordable. 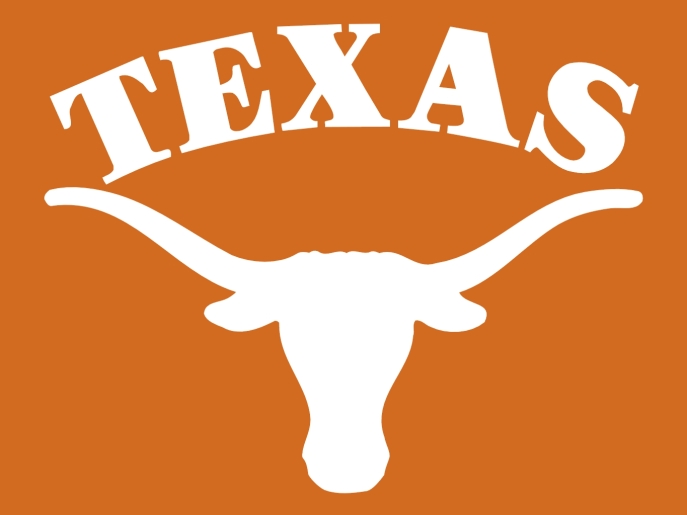 After enjoying your gluten-free raw vegan free-range kosher halal kale and quinoa salad with sugar-free agave dressing at Whole Foods, you can get the food sweats at your nearest bikram yoga studio, refreshed by your organic açai berry kombucha. #yay4life!

Wait, someone else loves Austin too? The word’s out! 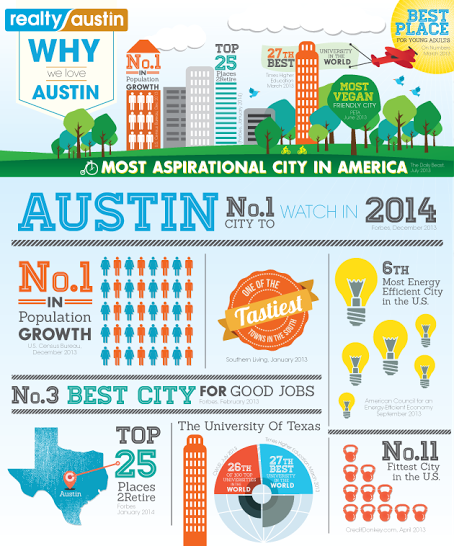